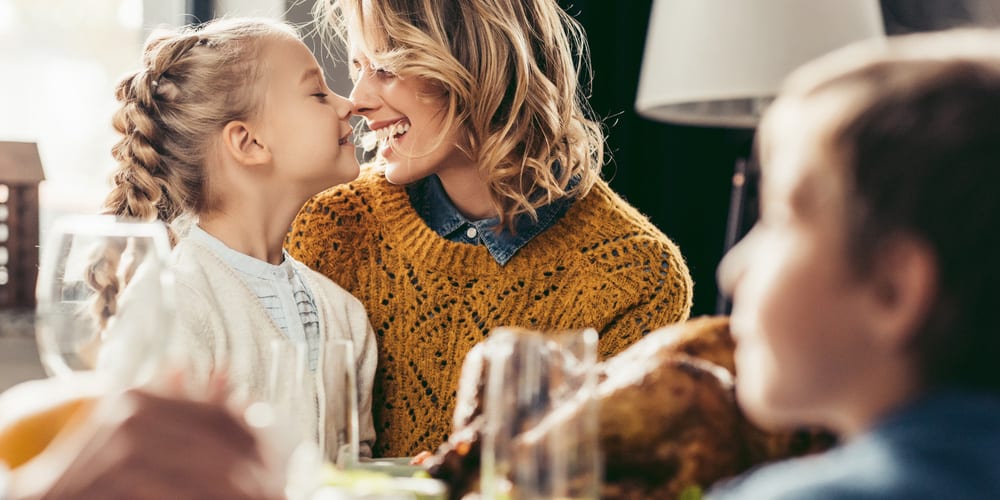 With all the cooking and baking that happens on Turkey Day – not to mention the football watching – you would expect Thanksgiving energy use to be higher than normal and might go looking for tips to help you use less energy on Thanksgiving.

In fact, the opposite is true.

Across America, energy usage actually drops on Thanksgiving, by as much as 5-10% compared to the November average.

A few years ago, Oracle Utilities analyzed 146,000 homes in the Northwest United States to compare their Thanksgiving energy use to energy use on typical days in November. What they found surprised them.

On a day devoted to cooking, TV watching, and staying indoors to escape cold weather, Americans are actually more energy efficient than they are on a normal weekend day. (Weekend days are a better comparison since people aren’t working on Thanksgiving.)

The Thanksgiving Energy Use Conundrum

So, what’s the deal? Why would energy consumption be lower on a holiday when people have their ovens running for hours at a time?

Thanksgiving isn’t just about turkey, stuffing, and football. It’s about bringing people together. Families travel across town, across the state, or even across state lines to gather in one place for the holiday. The houses they leave behind go completely dark for the day. More people in fewer places means less houses running their HVAC and electricity systems at full steam.

Thanksgiving Energy Use Savings by the Numbers

While Oracle’s data focused on one region, if you scale those findings across the country, the cumulative energy savings are pretty impressive.

Another effect Turkey Day has on energy consumption is to shift the peak hours of energy use. On a normal day, energy use tends to peak in the evening, when people make dinner, turn on the TV, and wind down from the day.

On Thanksgiving, energy use peaks closer to midday—around the time when most families are turning off the ovens and putting Thanksgiving dinner on the table.

Now that’s something to chew on.